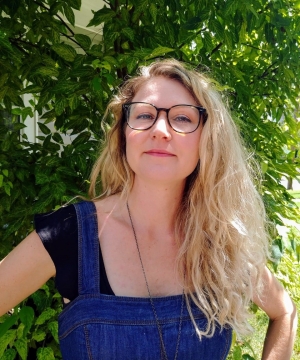 This is the first year the British Society of Phenomenology (BSP) and the JBSP have hosted the prize, which is named after the founder of the BSP. This year’s topic was “Engaged Phenomenology,” an approach that investigates embodied lived experiences through a plurality of voices across various disciplines. Drouillard’s article “You’re Already Off the Clock: Temporalizing Labouring Dasein” provides a phenomenological account of how the laboring subject reckons with the “clock time” of the medical community and the “lived time” of bodily subjectivity.

“I am ecstatic to be considered for this prize,” said Drouillard, an assistant professor of philosophy in The W’s Department of Languages, Literature and Philosophy. “The JBSP is an internationally renowned journal in the field of phenomenology, so it feels great to have my work recognized by members of this academic community.”

Phenomenology is an approach that concentrates on the study of consciousness and the objects of direct experience. Drouillard said a member of the nursing staff told her “You’re Already Off the Clock” when her labor wasn’t going as planned. She said the phrase stuck with her because she wasn’t aware she was on a clock when she was in labor. As a result, she said she wanted to explore her experience of reckoning with the “clock time” of the medical community and the “lived time” of her body.

Drouillard’s areas of expertise include feminist philosophy, bioethics and 19th-20th century continental philosophy, particularly Martin Heidegger and the phenomenological tradition, so her essay is a perfect combination of all of those areas.

“I make the point that not all laboring subjects experience time in the same manner, though we may all be up against some form of clock in a technological childbearing age that Dana S. Belu refers to as reproductive enframing, a birthing ideology in which women’s bodies and reproductive parts are optimized for achieving maximal laboring results,” Drouillard said.

The Wolfe Mays Essay Prize is open to doctorate students and early career researchers. The winner, whose article will be published in the JBSP, will be announced in October and will receive a cash prize of 500 British pounds. Shortlisted candidates will also be considered for publication. Drouillard will also be presenting a portion of “You’re Already Off the Clock” at the Central Division Meeting of the American Philosophical Association in Feb. in Chicago.

FOR IMMEDIATE RELEASE
Sept. 16, 2021
Contact: Adam Minichino
This email address is being protected from spambots. You need JavaScript enabled to view it.
(662) 329-1976