Mortyakova elected to board of directors for NASM 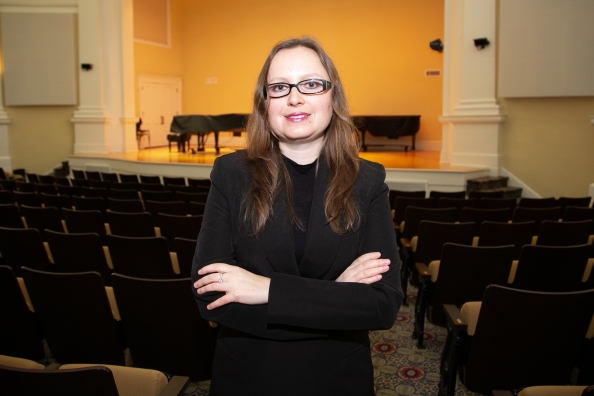 COLUMBUS, Miss. -- Dr. Julia Mortyakova wants to provide the best education and training for all students.

Mortyakova’s volunteer efforts in developing the quality of music teaching and learning in the United States have been a key part of those efforts. The work Mortyakova has done with the National Association of Schools of Music (NASM) has been another integral part to ensuring the success of the students at the association’s 640 members.

In her new capacity as chair of Region 8 and with her election to the NASM’s board of directors, Mortyakova will have a bigger voice in her three-year term to help represent the states of Mississippi, Kentucky, Alabama and Tennessee.

“I am very honored,” said Mortyakova, who is the chair of the Department of Music at the Mississippi University for Women. “I hope to do my part in representing the region and helping other departments and other music executives in the region.”

The NASM was founded in 1924 and is the principal accreditor for higher education in music. The W was the first school in the state of Mississippi to be accredited by the NASM in 1935.

“As a member of the board of directors, I will be more involved in the association than I have been,” Mortyakova said. “I think this will involve me in the larger conversation with the leadership of the association, so I think that will be a very useful part of professional development for me. It also will help me represent the point of view of our region to the association.”

Mortyakova has been a driving force for music on campus since she arrived in 2012. She is the director and organizer of the Music by Women Festival, which will hold its fourth annual event March 5-7 in Poindexter Hall on The W campus. The festival will include papers, presentations, lecture-recitals and performances relating to the subject of music composed, taught and performed by women.

“We are proud of this recognition of Dr. Mortyakova’s leadership by this national association,” W President Nora Miller said. “Dr. Mortyakova’s establishment of our annual Music by Women Festival, now celebrating its fourth year, is evidence of her leadership in her field.”

Mortyakova also is an active visiting evaluator for the NASM, which involves being part of an on-site team of music executives that is sent to an institution on behalf of the NASM as part of an accreditation process. She has been associated with the NASM since 2012. Mortyakova said she has received a lot of help from the NASM through the years, so she understands the importance of her responsibilities. She said her new position also will help raise the profile of The W.

“A lot of times smaller institutions may not be as prominent as larger schools on the national stage just because people may not know about us or understand the problems we face,” Mortyakova said. “To have that represented to the larger music community will be beneficial to them so they know the issues everyone in the membership faces.

“I am proud to have been elected to this position, and I hope to do my best to represent The W and our region to the larger musical community.”\

FOR IMMEDIATE RELEASE
Jan. 28, 2020
Contact: Adam Minichino
This email address is being protected from spambots. You need JavaScript enabled to view it.
(662) 329-1976