COLUMBUS, Miss. -- Damara Fredette, a legal studies major at Mississippi University for Women, earned one of only five 2016 Lambda Epsilon Chi (LEX) scholarships through the American Association for Paralegal Education.

The paralegal national honor society awarded the five scholarships to students across the nation for their 500-750 word essays. Fredette competed with individuals from more than 170 chapters in the country.

“The essay was a case analysis; a man who was employed by a oil change company was fired without notice. I had to research the laws for the state in which he was employed as well as become more familiar with basic contract law,” explained Fredette. “My conclusion was that he was wrongfully terminated based on his contractual agreement with the company.”

Fredette is the first LEX Scholarship winner from The W’s chapter, which was established in 2001.

“It’s really exciting to have won this prestigious scholarship. Since I transferred to The W in January 2015, I have written so many scholarship essays to try to earn tuition money. To have been the only winner for the entire

Southern region is quite an honor. Knowing I am representing The W with this honor makes it that much better,” said Fredette.

Fredette will attend the regional AAfPE conference in Tampa, Fla., in April, and she has been invited to present her paper at the national conference in San Antonio, Texas, in the fall.

Noting that she was nervous about speaking in front of a crowd, Fredette is looking forward to the experience and attributes her new- found sense of confidence to a season of mock trials.

Fredette also recently learned that she garnered a scholarship to attend the National Conference for College Women Student Leaders in June in Maryland. This scholarship covers all registration fees as well as lodging.

The Oakland, Calif., native said the scholarship is an honor for The W’s chapter of American Association of University Women. Fredette moved to Columbus after her husband was stationed at Columbus Air Force Base.

FOR IMMEDIATE RELEASE
March 31, 2016
Contact: Tevin Arrington
(662) 329-7119
This email address is being protected from spambots. You need JavaScript enabled to view it. 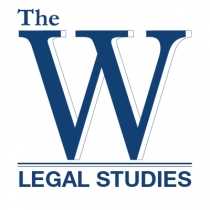