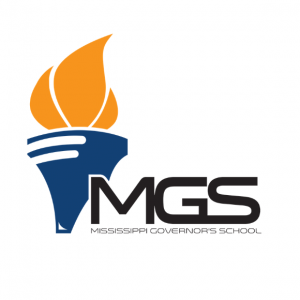 Fifty-two scholars from 36 school districts in the state of Mississippi will participate in the tuition-free residential honors program that offers unique creative and academic experiences to students with exceptional abilities and achievements.

“True bonding along with academic and personal growth happens when scholars are actively engaged in face-to-face classes, activities and events,” said Melinda Lowe, director of The W’s Office of Innovation & Outreach. “The faculty and staff have developed a program where scholars will take rigorous interdisciplinary courses, test the limits of their leadership potential and create lifelong friendships with the best and the brightest students in Mississippi.”

The W administration and faculty and Governor William F. Winter established the MGS in 1981. Since its establishment, the MGS has provided approximately 3,500 students from across the state with a high-quality educational experience that has challenged them to grow as individuals.

Jonathan Williams, MGS instructor, came up with the theme for this year’s event: “Creating a Culture of Belonging.” Lowe said everyone involved in the MGS immediately knew it was the perfect theme because the world seems to be more polarized than ever.

“Every course selected for this session was written to support this year’s theme,” Lowe said.

Courses for the session include “Protest Movements Creating a Culture of Belonging,” “Where Are the People of Color? Stereotyping and Racism in American Television,” “Speak Out, Step up, and Run for Office,” “Radical Courage: Black Legislators in Mississippi’s Reconstruction Government” and several others.

One feature that distinguishes the governor’s school model from traditional models of learning is the emphasis on the interaction between formal and informal learning, which often results in more autonomous and self-reflective learners.

Using humanities, the arts, science and mathematics and their interrelatedness as a forum, MGS courses examine the relationships between the application of knowledge and the social, economic, political, environmental, cultural and educational issues facing a changing world.

“Students attending the Mississippi Governor’s School share a common desire to explore academic and intellectual topics and to engage in creative pursuits at a level and pace not always possible during the regular school year,” said Melinda Lowe, director for Outreach & Innovation.

Saturday, June 11, will be the MGS Day of Service. The MGS will partner with the Dream Center Golden Triangle crew at the home of an elderly couple that lives near The W campus. The DC crew will work on necessary home repairs while the MGS scholars will work on various landscaping projects.

The students also will interact with numerous guest speakers who are advocates for belonging within communities across Mississippi such as Starkville Mayor Lynn Spruill, United Way’s Taquanda Walker-Turner, Paroled2Pride’s Sharon Jones, Dr. H. Bliss, an assistant professor of psychology at The W. Several others will participate in the “Culture of Belonging” series. The guest speakers, along with artifacts, books, videos and other things will reinforce concepts and allow scholars to drive connections to themselves so they can be more comfortable with contributing to creating a culture of belonging when they return to their communities.

“Everyone deserves to feel as though they belong and are welcome at their school, job, organization, etc.,” Lowe said. “A culture of belonging means feeling a sense of acceptance, respect, inclusion and support in any type of environment.

“MGS offers some of our brightest students in the state a place where they can be challenged and exposed to new ideas, new friends and new experiences.”

This year, Jim Newton, an assistant professor at EPITA International School for Engineering and Computer Science in Paris, France, will serve as an instructor. Newton is a native Mississippian who participated in the MGS as a scholar in the inaugural 1981 session.

FOR IMMEDIATE RELEASE
June 1, 2022
Contact: Adam Minichino
This email address is being protected from spambots. You need JavaScript enabled to view it.
(662) 329-1976