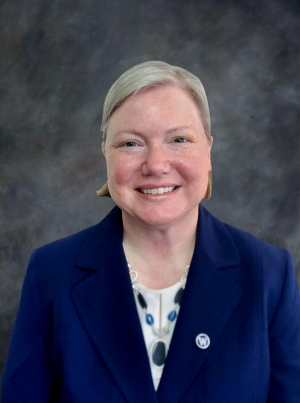 COLUMBUS, Miss.—Jennifer Claybrook has been selected as director of Athletics and Campus Recreation at Mississippi University for Women.

“Jennifer Claybrook brings athletic administration experience, passion and energy to The W. We look forward to her leadership through the remaining year of our provisional DIII status and into the future of Owls Athletics,” said President Nora Miller.

“I want to thank our athletic and campus recreation staff for how they managed the spring semester. I am thankful for the work of Buddy Foster to lead Athletics and Campus Recreation during this time. I am glad that he will be able to devote his time to coaching our softball team.”

Claybrook will arrive after decades of experience in collegiate athletics at LaGrange College. Throughout her career, she held multiple positions within the college’s athletic department including athletic director, senior woman administrator, vice president for athletics, head softball coach and assistant for sports information.

She served as athletic director at LaGrange College from 2011 until May 2021. She was head softball coach for 19 seasons with an overall record of 383-348 including a USA South championship in 2015 and Great South Athletic Conference (GSAC) titles in 2007, 2008 and 2009. The Panthers won 10 USA South championships, a GSAC title and made 14 NCAA tournaments under Claybrook’s guidance as athletic director.

“I want to express my sincere gratitude to President Miller, the search committee and all those who participated in the process for giving me this wonderful opportunity. It is an exciting time for athletics with all the success in the USCAA and the transition to the NCAA III,” said Claybrook. “I look forward to building on a solid foundation and championing excellence in all facets. I am truly humbled and honored to be a part of The W family. Go Owls.”

While at LaGrange College, she oversaw 50 staff members, 384 student-athletes and 18 NCAA Division III sports. Under Claybrook’s leadership, 31 student athletes were named All Americans and more than 1,000 students were selected for All Academic.

As a student athlete, Claybrook was an NFCA Scholar-Athlete and a three-time National Association of Intercollegiate Athletics (NAIA) Academic All-American. She received the LaGrange College Eagle award.

She is married to Jim Claybrook and they have two sons, J.J. and Roy Allen.